The things we see down microscopes are tiny things up really really close. For example, imagine looking at that flea that Hooke first saw.

A flea is made of probably 250,000,000 cells, all different shapes and sizes depending on their position and job in the insect. That’s two hundred and fifty million cells. 2.5 x 106. A quarter of a billion. A lot of cells.

Putting a flea on a pinhead next to the largest of cells (like pollen) would look a bit like this:

You can just see a small red dot next to the orange pollen. Those are human red blood cells – much smaller! Let’s look more closely;

Those green hairy things are bacteria (sometimes called germs) – much smaller again. These are about 1/1000th of a millimetre in size – we call this 1 micrometer (or micron, for short).

Even smaller than a bacterium is a virus. To get an idea of the size of a virus, we need to think small. Nanometre small. There are 1 billion nanometres in 1 metre. Your fingernails grow 1 nanometre every second! (that’s 86,400 nanometres each day – still too small to see!)

Back to viruses – these are about 50 nanometres in size. Scientists don’t think of viruses as being alive – they are made of the same stuff as living things like us, but they are just too small to do the things living things do. They hijack living cells instead to make more of themselves. When this happens your body attacks those cells in different ways to kill the invader viruses. This can make you feel ill, like when you have a cold.

Robert Hooke would have been amazed if he could see what we can see nowadays using some very modern microscopes. Here is a picture of a cell where we can see something called the cytoskeleton (did you know cells have their own skeleton? 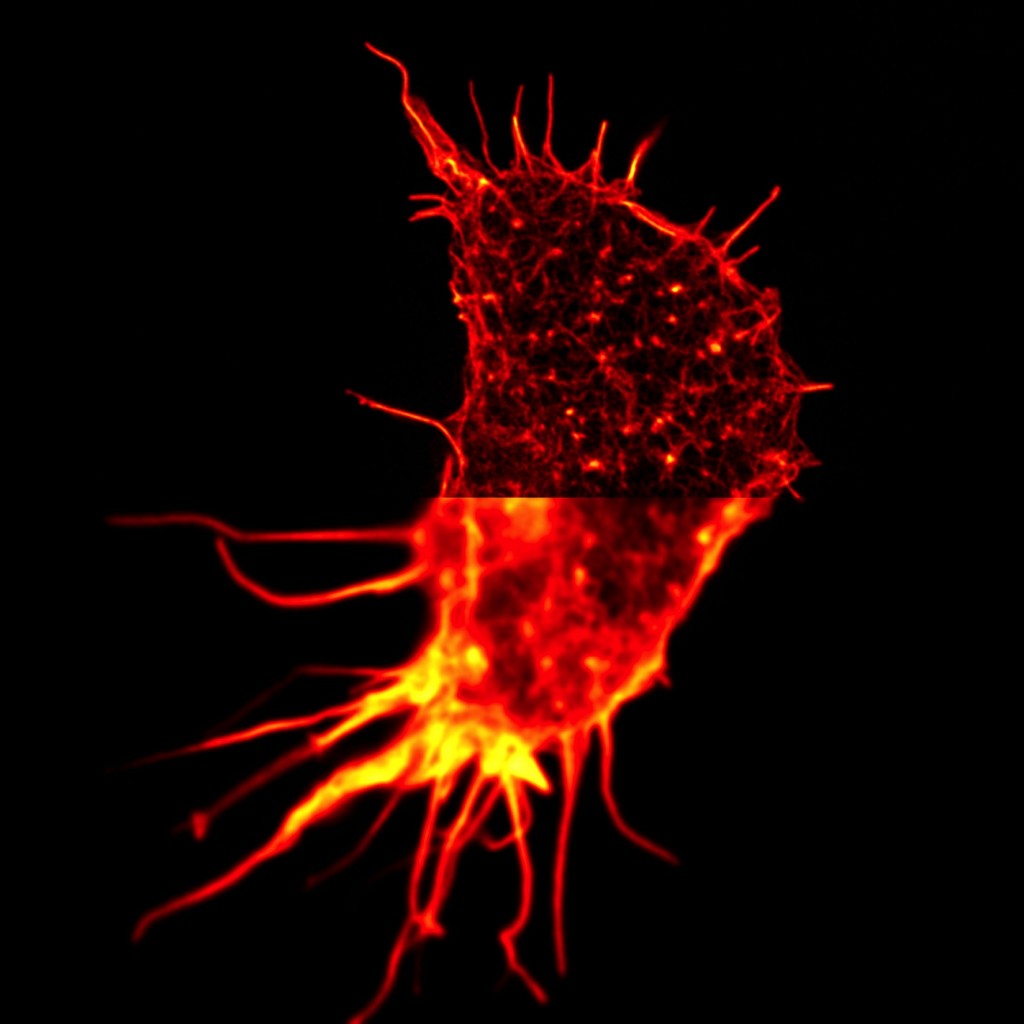 Some of the things we can see inside living cells with these fancy microscopes are as small as the viruses we talked about here (a few naometres across). That’s SO small that it’s very hard to understand, as we can’t imagine it. To help you try to work this out, think about this: if the tiny things we look at are the size of a tea-cake, for you to be relatively the same scale, you’d need to be as tall as…JUPITER!